I’ve only recently discovered this website/app and so far so good. It’s not really for beginners, as it’s own description says it’s more for those post-Duolingo or probably any comparative beginner practice. It also says it complements SRS vocabulary sites like Memrise which it obviously does do. However, I’ve recently started German and I found I can work through the listening option – I listen to a sentence, I’m then given the sentence but with a missing word which I then choose from four options. 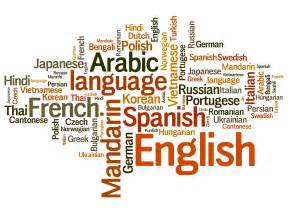 rest are simply multiple choice – fill in the gap with the correct word. This has worked fine for me for awhile now – I was able to review and learn new words both for my Italian and Japanese. I’ve even used it for Chinese. Though this does not have audio (which is a shame) it has been great to review the six months I actually spent on the language – surprisingly I remembered a great deal! So, it’s worth giving it a go for free

I’ve been enjoying it so much that I decided to take out a monthly subscription for $8. I must say that having the audio sentences really tests my aural comprehension and I’ve started to use the ‘Text’ option more often – listen then write the sentence. I think this is an invaluable tool to become more adept at listening and recognising the sounds of words and their corresponding spelling. Another advantage of the subscription is that you can click on any word in that sentences and see other examples of how it is used and even use the link to Google Translate. All examples/clarification are immediate and very useful. There are other benefits to the free and subscription membership including setting goals for the day, email reminders and a break down of stats (subscription only).

Italian –  focused on verbs. I really want to have a clear awareness of conjugation so I’ve chosen the ‘Verbs – past tense’ to begin with to support my studies using books.

Japanese – brushing up on my knowledge. I’ve had a break from ‘studying’ the language but as I’m reading through my grammar books for gentle reminders the sentences on ClozeMaster are reinforcing that knowledge.

Chinese -dipping into HK1 but haven’t decided if I’m going to take it further. It’s been about a year since I’ve studied any Mandarin but it’s nice to see that I haven’t forgotten everything. However, it doesn’t have any audio at the minute and I’ll need that to take it further.

Russian – I’m not using it for this language until I’m confident with the writing system.

“I pay no attention whatever to anybody’s praise or blame. I simply follow my own feelings.” Mozart

I'm writing this blog as a way to track and evaluate my progress both for learning music and also a variety of languages. I'll probably pop by once a week to do an update and share any resources that I've discovered along the way. You might find the odd review, useful video or comment to perhaps encourage your own guitar/piano playing or language experience.

Showing America how to Live

The greatest WordPress.com site in all the land!

My attempted journey towards multilingual mastery

The Art and Craft of Blogging

The latest news on WordPress.com and the WordPress community.